Carabosse is the name of the fairy of evil in Marius Petipa’s ballet The Sleeping Beauty with music by Tchaikovsky. This is the same character that is given the name Maleficent in the Disney film. While traditionally the fairy is depicted as an ugly figure, I chose to make her dark and beautiful.

Carabosse wears a black gown with a silk, off the shoulder bodice with a ruched bust embroidered with pale pink and silver beads. A pale pink silk belt and bow define the narrow waist. The skirt is made of black tulle embroidered with roses in shades of pink and rose. Leaves and vines are embroidered in silvery grey, foreshadowing the thicket of roses that grows up to envelop the princess Aurora and the palace while she sleeps. The skirt is finished with a deep hem of embroidered silvery lace. Black Swarovski crystals sparkle on the skirt. Eight layers of black tulle give volume to the skirt. A crown of roses finishes off this dramatic costume. 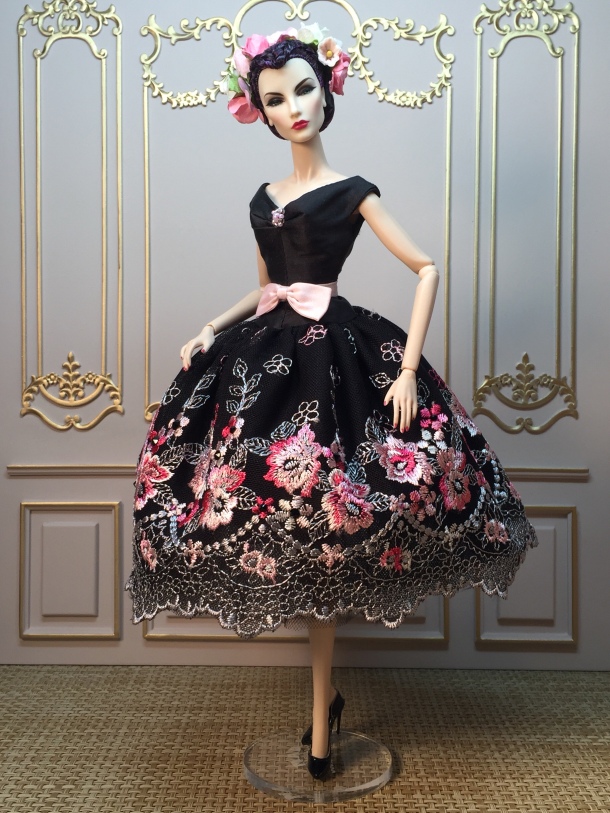 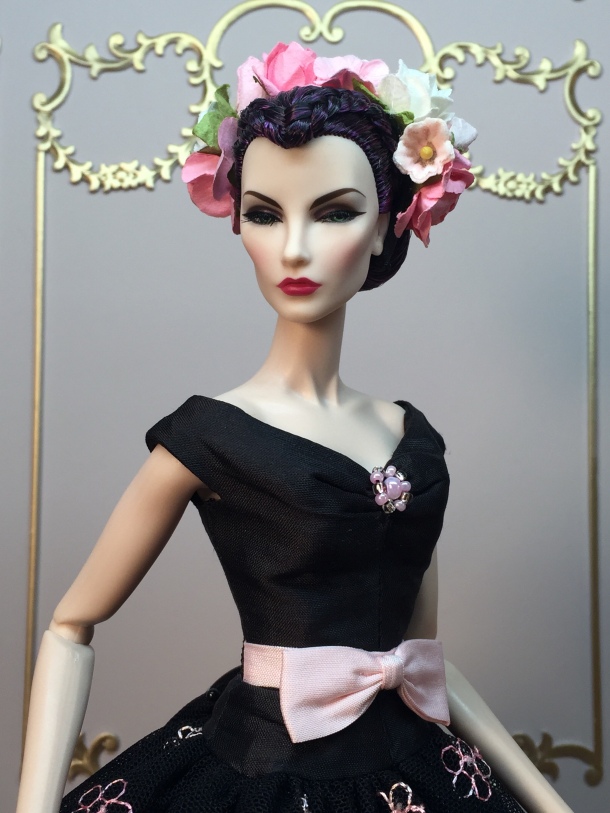 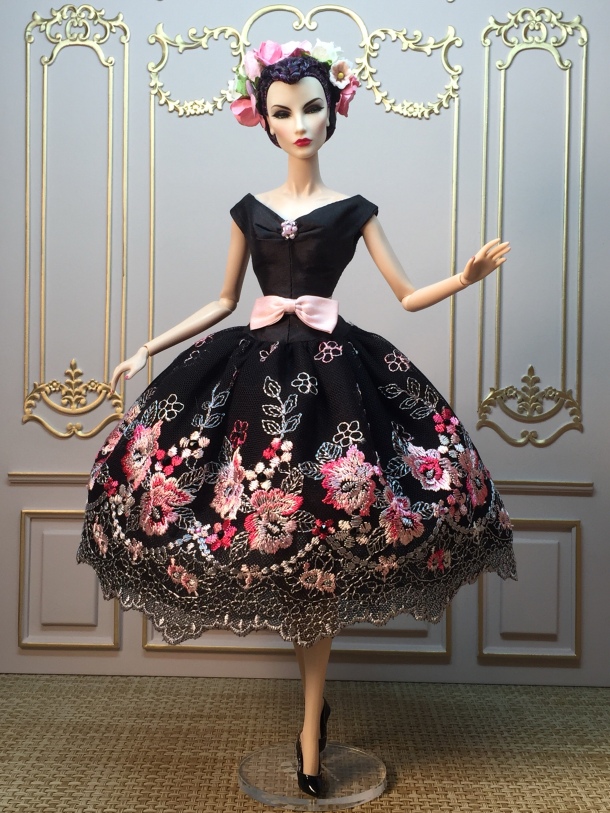 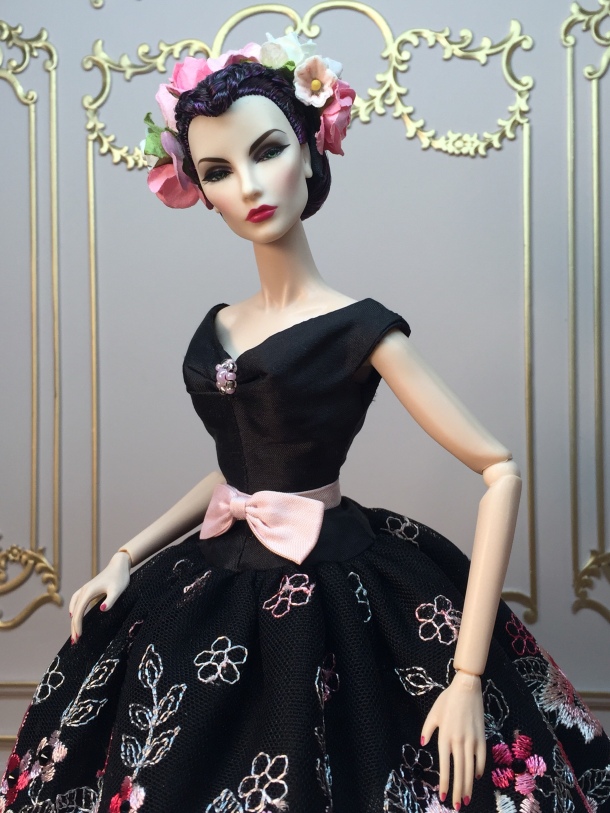 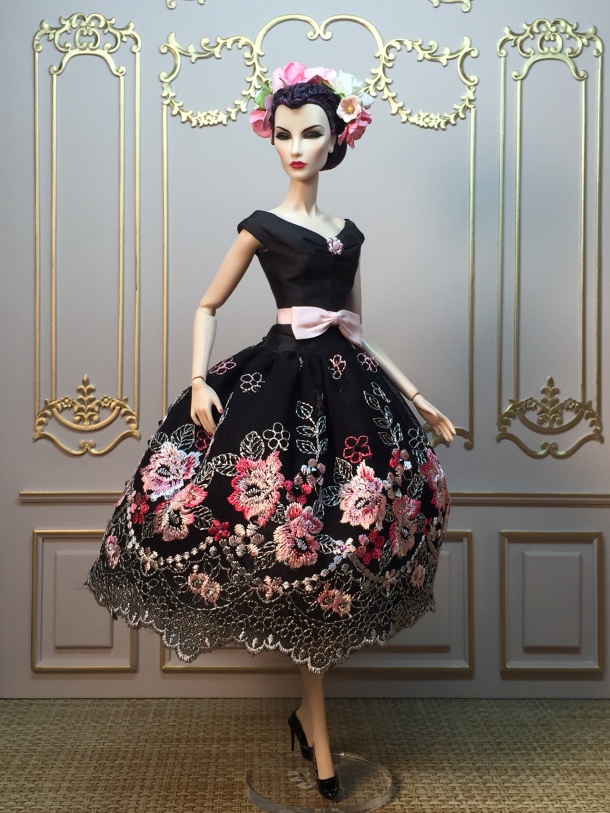 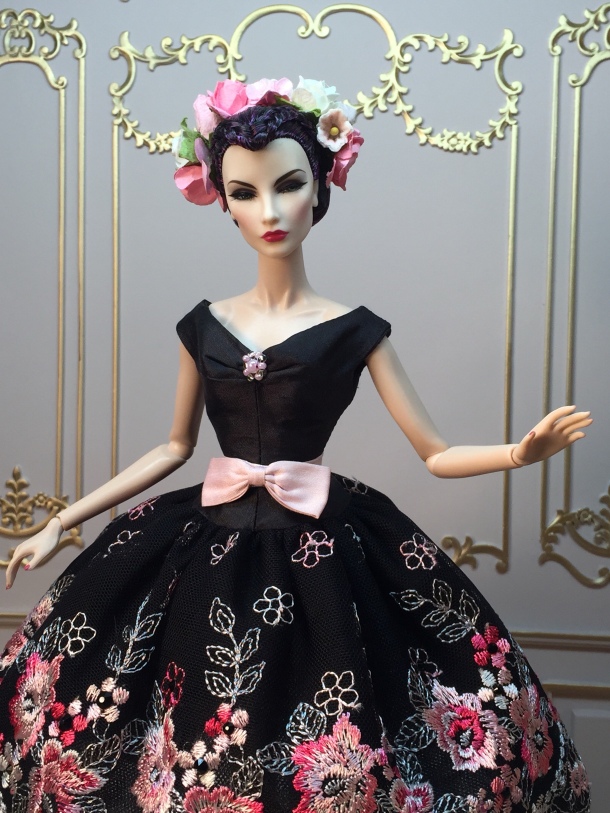 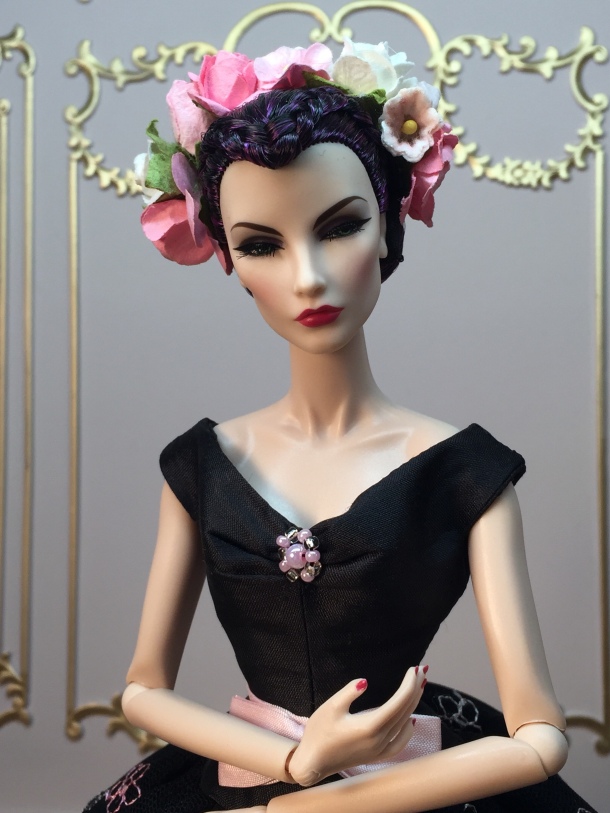 Posted in Uncategorized. Bookmark the permalink.